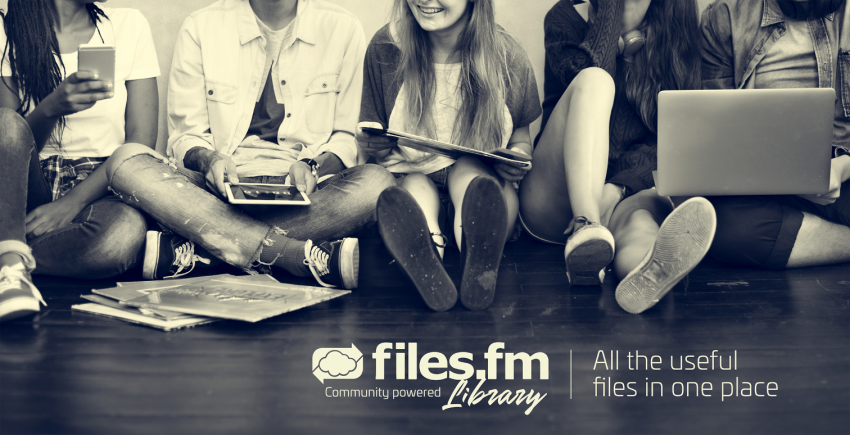 Our miniseries on how Files.fm library can be useful for business professionals conclude with an article about science and the way scientific articles are often not available to general public and sometimes — even to scientists themselves. At Files.fm, we are in favor of available science for every member of public.

In the Ancient world, Greek was the primary language of science. Then, Latin followed. First scientific publications in French and English appeared in Renaissance times. Today, most publications are posted online in English. For a very long time, the language of science was used to limit the amount of people participating in the discourse. Through history, it was considered that only highly educated people are able to speak Latin or French, and only they had the right to access to writings about science.

Another obstacle towards easily available knowledge was the overall opinion of the scientific community. In 1665, when the earliest academic journals were published, the idea of publishing scientific achievements was widely ridiculed and controversial. Scientists such as Isaac Newton used anagrams (words with a changed order of letters) to announce their discoveries, thus reserving priority (the status of having been the first to make a certain discovery or prove a theory) but not allowing others to see the achievement.

In the years since 17th century, much has changed. The standard for scientific discoveries is a peer-reviewed publication in a scientific journal or online self-publication. People understand that ‘science can only move forward through a transparent and open exchange of ideas backed by experimental evidence’ (proposed by the Royal Society at the time when this belief was not yet popular).

Today, we encounter a different problem in our way to available science: the cost. There are millions of scientific articles available online, but most of them are published in protected databases with paid access. Most universities subscribe to the databases to allow their students access the articles, but each university can only afford a certain amount of publishers — and university students are not the only ones who might want to read scientific publications.

Interestingly, only few scientists — if any — get paid for content published in scientific journals. Some of researchers even have to pay to the publishers to get their content included in journals. It means that scientific publications are fundamentally different from other files bought on internet: in most cases, when you pay to a publisher for an article, the author does not receive any compensation.

In an era of fake news and wide-spread calls for improved media literacy, it is important to ensure affordable access to scientific thought. At files.fm, we ask you to donate any scientific content you might have, from independent research to half-finished lecture notes. It will also be possible to sell your content on the website: you can choose the price yourself and receive it in full.

When the library is opened, we hope to provide access to scientific content to students and researchers without the usual obstacles facing access. After all, scientific discovery is the one thing making this whole idea — computers, Internet, P2P sharing, Files.fm, the Library and so on — possible.

Find out more about our project here: